Top 5 Places to Retire in Arizona 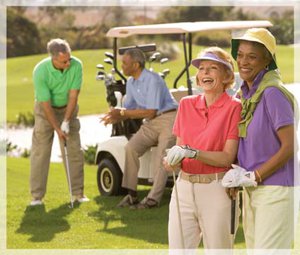 Looking to retire in 2016? You may want to consider making Arizona your retirement destination. According to the U.S. census, 15.4 percent of people living in Arizona are 65 years or older, a proportion slightly larger than the national average. It’s no surprise Arizona would be one of the top places to retire, especially since Arizona as a whole is one of the 10 most tax-friendly states for retirees, according to Kiplinger, a Washington, D.C.-based business and finance-advice publication.

Also, a survey on WallHub, a financial-planning website for consumers and small-business owners, ranked the top-50 best places to retire in the country. To develop this ranking, 150 largest cities in the U.S. were analyzed and rated based on twenty-five retirement-related concerns, including housing affordability, recreational activities offered to seniors, quality of health care and other retirement issues. Not surprisingly, sunny Arizona made the list several times.

Below are the top 5 places to retire in Arizona according to the WallHub survey:

As the number of retirees climbs nationwide, people beginning a new stage of life are seeking out the best places in Arizona to retire. Whole communities already cater to retirees and other active adults throughout the Valley. If you’d like to learn more about retiring in Arizona or if you’re looking to buy an Arizona retirement home, please contact Sharon Mason today!