Enjoy Your Hometown Foods in Arizona 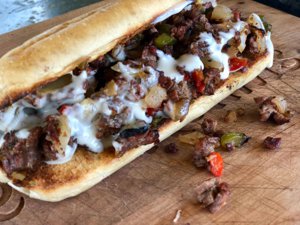 Not from Arizona originally? Missing the great tastes of your hometown food? There’s a great chance that if you are from another state, your favorite food is most likely already here in Arizona. If it’s not, it is surely on its way.

Arizona has been listed as one of the top places for migration across the US. So whether you’re from the West Coast or the East Coast or somewhere in the middle, chances are you will find a taste of home here.

Chicago has a large number of its restaurants here but before we dive into that, let’s take a look at places from across the US.

From New York, we feature Times Square an Italian restaurant, Lorenzo’s Pizza and Pasta and Chompies.

Craving a hoagie or Philly cheesesteak? Then we’ve got you covered at Corleone’s in Phoenix or Scottsdale. For you Marylanders, Ernie’s Karaoke and Sports Bar serves up some authentic Maryland crab. Die-hard Steelers fan? You can find a club with your name on it and Iron City Beer at Harold’s Corral in Cave Creek.

Let’s not forget about Michigan and California. You can find those fares at Detroit Coney Grill, Cornish Pasty and Ono Hawaiian BBQ and can find several locations across the valley.

If you’re from the Buffalo, New York area, there is no doubt that you may be missing a dog right about now. To fix that craving, simply check out Ted’s Hot Dogs in Tempe. You won’t be disappointed. They offer cheese sauce and all the fixings your heart desires!

Last but not least, we have a wide selection of restaurants serving up great eats from Chicago scattered all across the valley of the sun.

Fixing for a classic deep dish? Then you’ll want to stop by Oregano’s, Guido’s and Chicago Hamburger Company with several locations in Mesa, Scottsdale, and Phoenix. Craving other great Chicagoan fares? You can get your hands on some great pizza, beef, burgers, and dogs at Lou Malnati’s, Portillo’s and Giordano’s all without having to hop on a plane.

It’s safe to say you can find fare from just about anywhere across the US in Arizona and more restaurants are popping up each day!