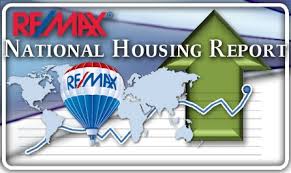 Meanwhile, Months Supply of Inventory dropped below three months for the first time in the history of the report, indicating a market that greatly favors sellers, as six months is considered a balanced market. Active inventory continued to decline, dropping 17 percent year-over-year. As a result, the Median Sales Price of $225,000—also a March record—was up eleven percent year-over-year. This was the twelth consecutive month of year-over-year price increases.

“We expect a seasonal uptick in sales this time of year and March certainly met and somewhat exceeded that expectation,” said Dave Liniger, RE/MAX CEO, Chairman of the Board and Co-Founder.“We don’t anticipate the tightening inventory to ease up in most markets until new home construction can catch up to its pre-recession pace. Until then, sellers will enjoy a fast-paced market and buyers will need to work with their agents to get in the right home.”

Want to know more about the current real estate market? Click here to download your copy of the April 2017 RE/MAX National Housing Report. If you are looking to sell your Arizona home or are ready to buy a home in a luxury Arizona retirement community, please contact Sharon Mason today.